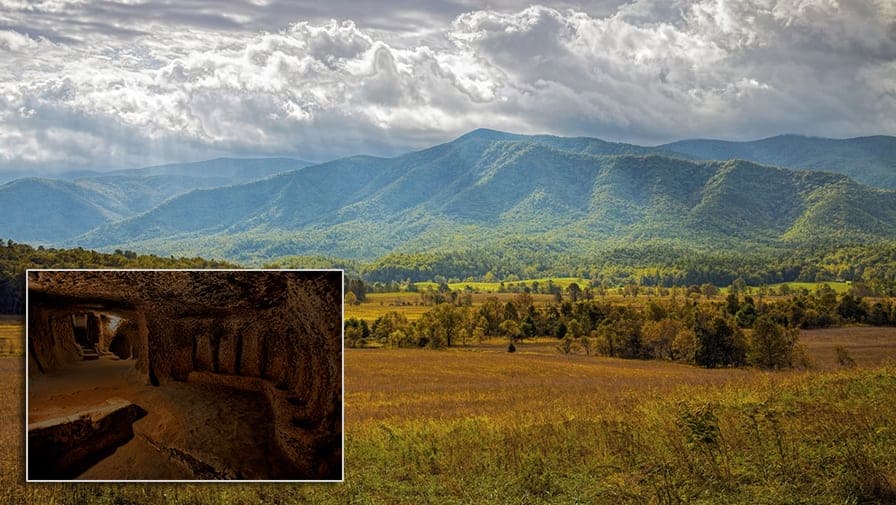 A sprawling subterranean city was uncovered in the popular Cades Cove area of the Great Smoky Mountains National Park early last week. The startling discovery was officially announced by the National Park Service in a press release this morning. We have summarized the findings below.

Attracting more than 2 million visitors each year, Cades Cove is the most-trafficked destination in the Great Smoky Mountains National Park. The scenic valley is famous for its collection of historic 19th-century homesteads.

On Monday, March 27, 2017, a National Park Service crew performed routine maintenance work on the John Oliver Cabin, the first log cabin built in the valley. When crew member Brian Crimmins was cleaning the cabin’s fireplace, the floorboards where he was standing started to buckle under his weight. In an interview with local media outlets, Crimmins explained what happened:

“I’m a pretty big guy, so I don’t think the old wood floors were accustomed to supporting someone with my build. When I knelt down to start cleaning the fireplace, I started to hear a cracking sound, and before I knew it, I had fallen through the boards. I was pretty embarrassed at the time, but now I’m really happy that it happened.”

After Crimmins was removed from the floor, crew members were shocked to find a tunnel under the broken boards. This unexpected discovery prompted the National Park Service to bring in Dr. Dennis Poliferno, a noted archaeologist and historian from the University of Tennessee. Under Dr. Poliferno’s guidance, a series of expeditions were made into the tunnel from March 28 – 31.

The mile-long tunnel beneath the John Oliver Cabin leads to a massive underground city that is believed to have been constructed by the Cherokee. According to the National Park Service press release, the city is around 350 years old.

The subterranean metropolis is filled with spacious passageways that form a maze-like pattern beneath the valley. At the center of the city is an underground lake that evidently provided fresh water for the Cherokee. Although the excavation of the city is still ongoing, initial reports indicate that archaeologists have found hundreds of domiciles, an intricate palace for the chief, and a large open area reminiscent of a town square.

The discovery of the city upends decades of scholarship on the history of the Cherokee in Cades Cove. For years, historians have maintained that the Cherokee did not have an extensive presence in the valley. The Cherokee village of Tsiya’hi in Cades Cove was widely considered to be a seasonal hunting camp, not a year-round residence. 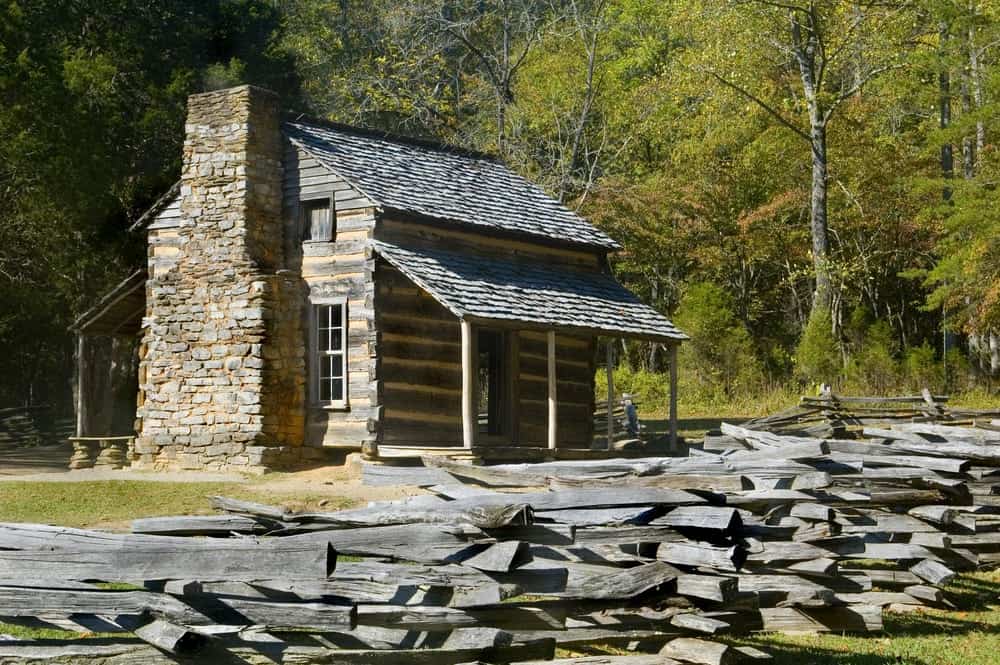 The existence of a tunnel linking the John Oliver Cabin with the underground city is particularly intriguing to Dr. Poliferno, who has been leading the excavation team. In the press release, Poliferno explains the historical significance of the discovery:

“John and Lurena Oliver came to Cades Cove in 1818 as the area’s first Euro-American settlers. Historians have often wondered how the Olivers survived their first winter in the valley, given that they had no crops and were still in the process of building their cabin. The discovery of the tunnel suggests that the Olivers were guests of the Cherokee in their subterranean city.”

Dr. Poliferno speculates that the Olivers had a trap door in their cabin which provided easy access to the bustling city below the valley.

The Treaty of Calhoun in 1819 ended all Cherokee claims to Cades Cove and the rest of the Great Smoky Mountain region. It appears that after the signing of the treaty, the Cherokee were forced to abandon their city. Since John and Lurena Oliver may have been the only white settlers to know of the city’s existence, the underground community was lost to history, until now. 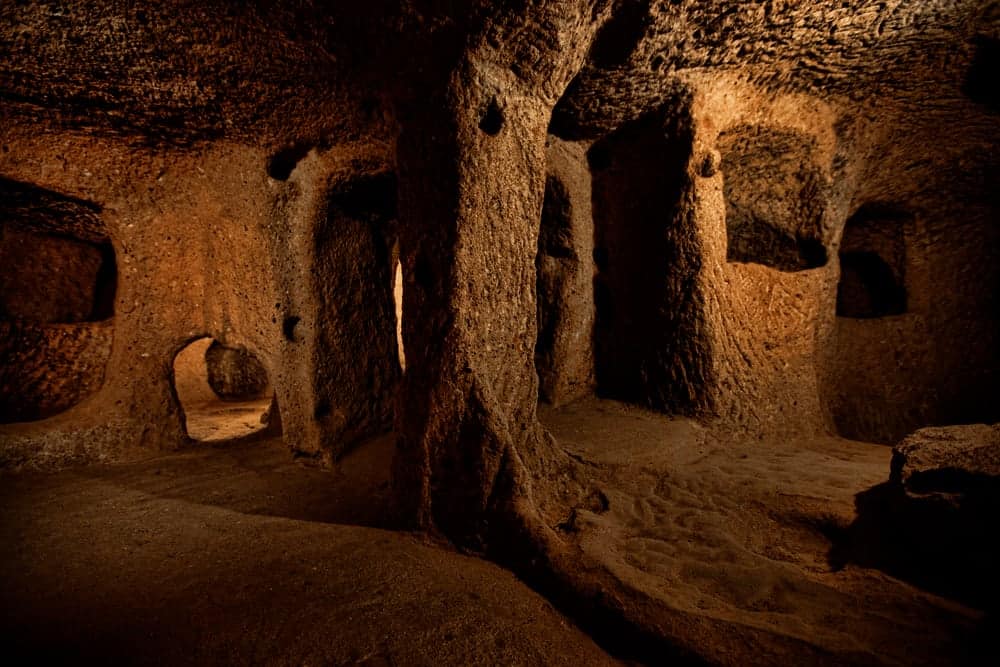 See the City for Yourself

For information about seeing the underground city in Cades Cove, don’t check back here. This entire story has been an April Fools’ Day joke! To the best of our knowledge, there aren’t any subterranean cities located beneath the Smoky Mountains. However, there are plenty of wonderful things to see and do above ground in Cades Cove. To prepare for your next visit to the Smokies, check out our guide to the Top 6 Cades Cove Activities You Don’t Want to Miss.