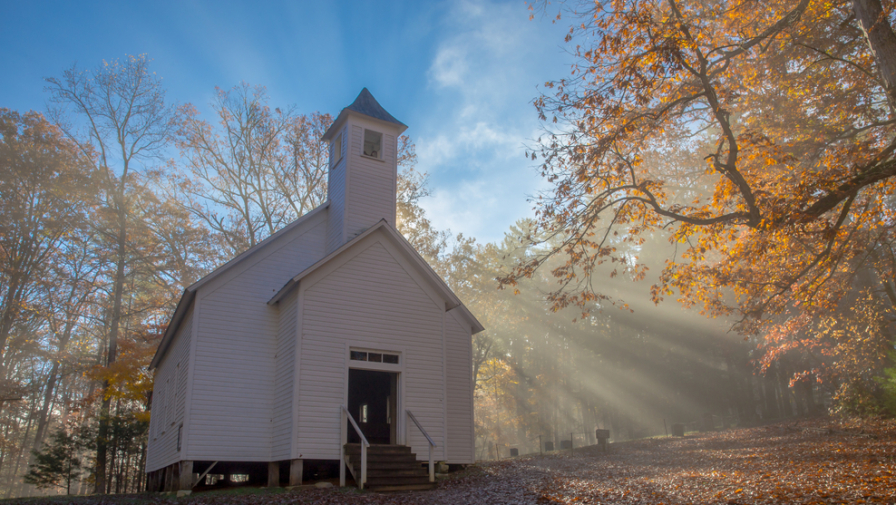 In addition to its stunning natural beauty, Cades Cove also boasts a long and fascinating past. Before you pay a visit to this incredible area, be sure to read our convenient guide to Cades Cove history.

During the 18th century, the Cherokee Native American tribe used two primary trails to travel across the Smoky Mountains from North Carolina to Tennessee. The lower of these two trails crossed Cades Cove before reaching Great Tellico, one of the most important Cherokee towns, as well as other villages along the Little Tennessee River.

By 1797, the Cherokee had built a settlement in Cades Cove that they referred to as “Tsiya’hi”, otherwise known as “Otter Place”. Although the Treaty of Calhoun in 1819 ended the Cherokee’s claims to the Smoky Mountains, Cades Cove was named after the Tsiya’hi leader Chief Kade.

(See Also: Where is Cades Cove?) The first major turning point in Cades Cove history began with the arrival of the first permanent European American settlers. John Oliver, a War of 1812 veteran, his wife, Lucretia Frazier, and a man named Joshua Jobe came to the valley in 1818, but Jobe later returned to his hometown of Carter County, Tennessee.

During their first winter in Cades Cove, the Olivers struggled and survived mostly by eating dried pumpkin that was given to them by the Cherokee. Jobe returned to the area in the spring of 1819 with a herd of cattle and provided the Olivers with two cows.

Other European American settlers began to put down roots in Cades Cove in the early 1820s, quickly constructing log homes, smokehouses, barns, and other structures. In addition, the settlers cleared the fertile land for farming, which yielded many crops.

From 1820 to 1850, the population of Cades Cove had increased to 685, while the size of local farms ranged anywhere from 150 to 300 acres. This population growth was attributed to new families coming to the area as well as many children being born into the families that had already settled in Cades Cove. It was not unusual for a household to contain up to 12 children! As the population began to increase over the years, the town needed to construct additional community buildings. Therefore, a Baptist and Methodist church were built in the 1820s, followed by the construction of schoolhouses a short time later.

Cades Cove was a tight knit community, with most neighbors assisting each other with their daily tasks. Social events often took place in autumn, such as corn husking and gathering chestnuts.

Turn of the Century

By the 1900s, the economic focus of Cades Cove shifted from agriculture to logging. Many logging companies established base camps in the area, and local residents were employed by these companies. Although the logging industry boosted the local economy of Cades Cove, it also had the negative impact of major deforestation.

Tennessee and North Carolina began to purchase land for the creation of the Great Smoky Mountains National Park in 1927, which included the majority of the land north of Cades Cove. Eventually, efforts were made to include Cades Cove into the park.

Although several families willingly sold their land and left Cades Cove, the majority of residents resisted the effort. This prompted the Tennessee General Assembly to grant the Park Commission the authority to seize all properties that were located within the proposed park boundaries by eminent domain. The National Park Service now manages and maintains Cades Cove so it appears as it did in the early days of the European American settlers. Although many of the modern structures in town were eventually demolished, several of the primitive buildings have been preserved as part of Cades Cove history.

If you will be visiting the Smoky Mountains, you don’t want to miss these 6 amazing things to do in Cades Cove!