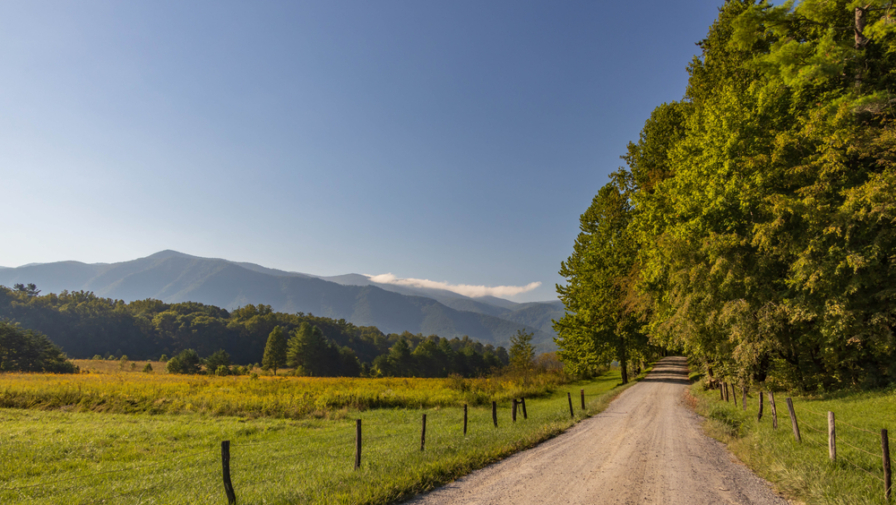 When you go on a driving tour of Cades Cove, there is a lot to see. If you are looking for new routes to take, consider traveling down Hyatt Road. It is a two-lane gravel road that is jam-packed with beautiful scenery. Before you embark on this new adventure, get to know this area a little better! Here are 3 interesting facts about Hyatt Lane in Cades Cove: 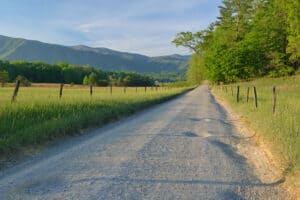 Hyatt Lane is the second cut-through road located 3 miles into Cades Cove Loop Road on the left. The route takes you through the heart of Cades Cove and is only 5 miles to the end of Cades Cove Loop Road. Without taking Hyatt Lane in Cades Cove, the trip would be 11 miles. Because the route is regarded as a shortcut, you may think that you get to see less of the beautiful scenery that Cades Cove is so well known for. Fortunately though, this is not the case!

2. It is a Very Scenic Drive

When you drive down Hyatt Road in Cades Cove, you’ll get to see some of the most beautiful scenery that Cades Cove is known for, including wide open fields with breathtaking natural scenery. These open spaces are a great place to see how the Cades Cove beauty changes with the seasons. In the warmer months, you get to see rich greenery and colorful wildflowers. In the fall, you’ll get to see the leaves change to bright hues of red and orange. Finally, in the winter, you’ll get a glimpse of a real-life “winter wonderland” as snow and ice form a blanket over the once green fields! The low elevation areas are also great places to see the abundant wildlife that call Cades Cove home, such as black blears and white-tailed deer.

3. It Has a Rich History 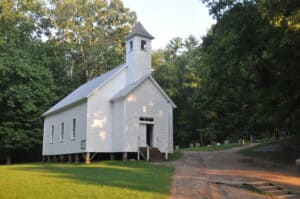 Along with its natural beauty, Hyatt Lane in Cades Cove has a rich history. It was first used as a shortcut to Tuckaleechee Cove, a Cherokee Indian settlement in Townsend TN. The route was named after the Hyatt family. They lived on Hyatt Lane and were members of the once thriving community. As for historical buildings, the road is home to a church! It was built in 1915 after Thomas Sexton (AKA: The Blacksmith Preacher) led a spiritual revival that attracted many people in the Cades Cove community. The church can still be seen today and is known as the Cades Cove Missionary Church.