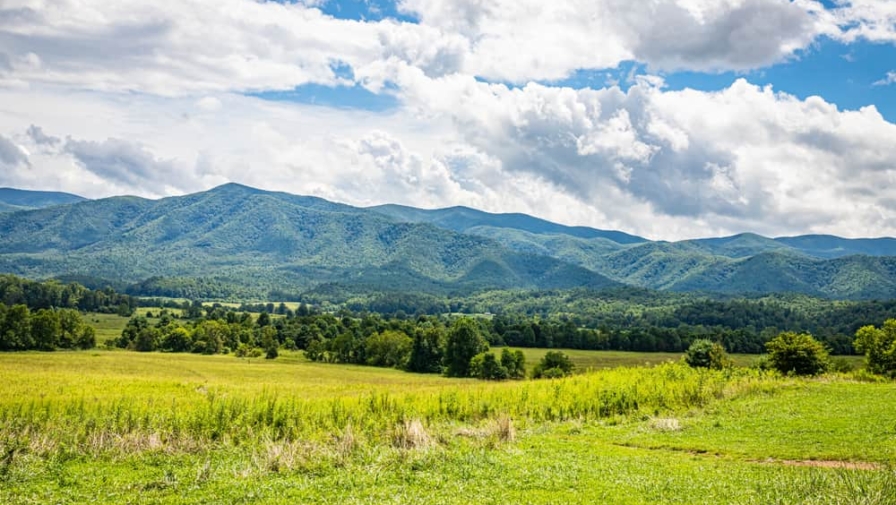 On September 28th, the Great Smoky Mountains National Park officially opened a new trail to one of Cades Cove most visited historical sights. This new route will make it easier for all visitors to experience the rich history the area has to offer. Here is everything you need to know about the new handicap accessible trail in Cades Cove:

Details of the Project

This new trail will make it easier for people in wheelchairs and other mobility devices to pass each other on the way to John Oliver Cabin. It is a half-mile, paved trail that is about 8 feet wide. These characteristics meet all the standards of the Architectural Barriers Act (ABA). This is a measure set in place by Congress to ensure access for people with disabilities to buildings that are built or altered with federal dollars or leased by federal agencies. Funding for the project was mostly raised through a donation provided by the National Park Foundation. The John Oliver Cabin is the first historical structure you will come to once you enter Cades Cove Loop Road. The original owners, John and Lucretia Oliver, were the first permanent settlers in the area. They moved to Cades Cove in the 1820s, but were met with many challenges. When they first built the cabin, there was not a working grist meal. Therefore, the couple was forced to hand make their own cornmeal, using only a mortar and pestle. Another interesting feature of the cabin is that it is held together by gravity and notched corners. This means it does not have a singular peg or nail holding the structure upright!

Just like every other historical structure in the national park, the John Oliver cabin is maintained. While the goal is to keep every building looking as authentic as possible, they all need repairs and maintenance every so often. The cabin you see today looks almost identical to the one that was built by John Oliver back in the 1820s, making it one of the oldest structures in the area. The new handicap accessible trail will make it much easier for people in wheelchairs to be able to enjoy this Cades Cove treasure!

Other Things to See In addition to the John Oliver Cabin, Cades Cove is filled with other amazing sights. The grassy field just outside the structure has been known as a common place to see different types of wildlife roaming around, including white tailed deer, turkeys, and black bears. If you are looking for more historic buildings, you are in luck. Cades Cove is full of many antique structures, including a variety of old church buildings. The first church in the area was introduced by none other than John and Lucretia Oliver. The Cades Cove Baptist Church was established in 1827 so that the Baptists in the area did not have to travel through the Smokies to attend church on Sundays.

With the new handicap accessible trail now open in Cades Cove, more people will be able to visit the famous John Oliver Cabin. To learn more about when you can come check out this new trail and all the other exciting things in Cades Cove, be sure to check out the updated hours of the park!