Haunted Cades Cove: The Spookiest Places in the Isolated Valley Haunted Cades Cove: The Spookiest Places in the Isolated Valley

The fall season brings about sweater weather and is also known as the spooky season! There has been a great amount of history that has occurred in the Smoky Mountains and particularly in Cades Cove. Cades Cove was once home to a lively population but is now an isolated valley containing remnants of their structures. Some people who tour Cades Cove say they get an eerie feeling around certain buildings or have even seen apparitions floating around the historic site. Does this mean the Smokies contain a haunted Cades Cove? Here are the spookiest places in the isolated valley: The Cabins and Other Buildings 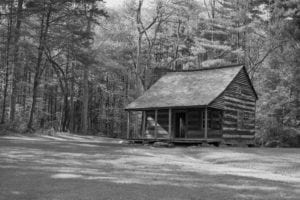 The settlers of Cades Cove built cabins and other structures in the valley that still stands today! These structures are frozen in time and represent when the valley was a heavily populated and lively place. When you walk around after most of the guests leave in the evening, you may feel an eerie feeling around the historic structures. People have noted a feeling of someone watching them and others have photographed orbs floating around the cabins and other buildings! Next time you visit, let us know if you experienced a haunted Cades Cove!

You now know the spookiest places in the isolated valley! Do you think Cades Cove is haunted? There are many ghost stories about Cades Cove to learn about! Check out these Cades Cove Ghost Stories: The Cussing Cover. Have a spooky good time in the valley!