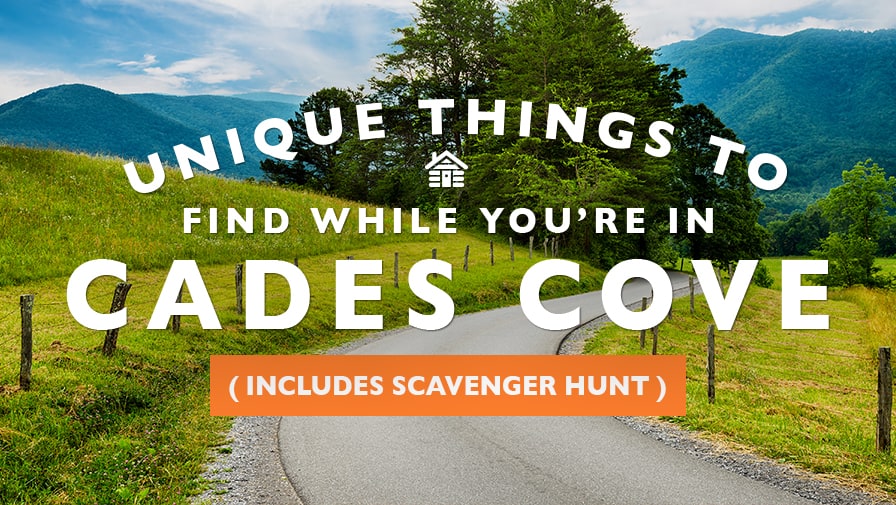 If you’ve been to Cades Cove before, you’ve probably seen most of the historic buildings along the Loop. But did you know there are some unique and hidden things you can find? From caves off the main Loop to keeping an eye out for animals that might make an appearance, here are some unique things to look for when you’re in Cades Cove, plus a scavenger hunt: If you want to really try to find some interesting places in the area, you probably will have to veer off the main road. Check out these unique spots you should try to find:

The Pearl Harbor Tree is a small dedication to the people who lost their lives in the Pearl Harbor bombing. It’s off the main Loop, but it’s fun to find!

While you can’t explore too far into it, Gregory’s Cave is another unique spot you’ll want to try to find. It actually used to be open to the public and people would pay to explore it, and then it was turned into an emergency shelter during the Cold War. Bull Cave is the deepest cave in Tennessee at 924 feet. It is named Bull Cave because Rich Mountain Road used to be for cattle passage. There’s a legend that a bull fell into the cave and that’s where the name came from.

Abrams Falls is the only waterfall that’s within Cades Cove. It is 20 feet tall and has an enormous amount of water gushing over the falls. To get to the waterfall, you get to hike along Abrams Falls Trail, which is a 5-mile roundtrip hike.

Another unique spot to find is Gourley’s Pond. You have to explore a little bit to find this hidden gem. Park at LeQuire Cemetery past the south end of Sparks Lane. Then walk along the Loop road for about 200 feet until you see a path on your right. Follow the trail about 100 feet, then head southwest until you see the pond. 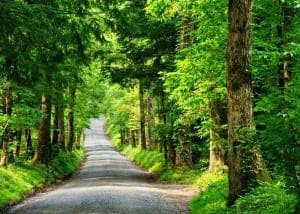 Rich Mountain Road isn’t hidden, but it is unusual! This is a much less crowded way to exit Cades Cove. It’s a 7-mile road that takes you through the woods where you might see some other wildlife, and you’ll end up in Townsend, TN. Plus, there’s an overlook that provides one of the best views of the Primitive Baptist Church and the valley below!

Cades Cove is known for being the place to go to see historic buildings. But there are quite a few structures you may not see anywhere else. The cantilever barn is a unique structure not only in Cades Cove, but the entire world! This design is unique to Sevier and Blount Counties in Tennessee, and it’s thought to derive from several different architecture inspirations.

The corn crib was used to protect corn and other crops from the weather and other elements. The slats in the building create air flow to prevent mold. This drive-through barn has a cut out in the bottom to force air through the middle for cooling during the summer. It was used to store crops and protect livestock from the sun, rain, and snow.

The smokehouse was used to smoke all kinds of meats, including pork and turkey. It was also used to store dried meats.

You may spot some unusual activities while you’re in Cades Cove. Here are the ones to keep an eye out for: You may see people on a leisurely hayride along the Loop. This is fun for people of all ages!

Did you know you can go horseback riding in Cades Cove? There is a stable with beautiful horses, and this is a unique way to see Cades Cove.

The stables also offer carriage rides. There’s nothing more romantic than being driven around Cades Cove in a horse-drawn carriage. 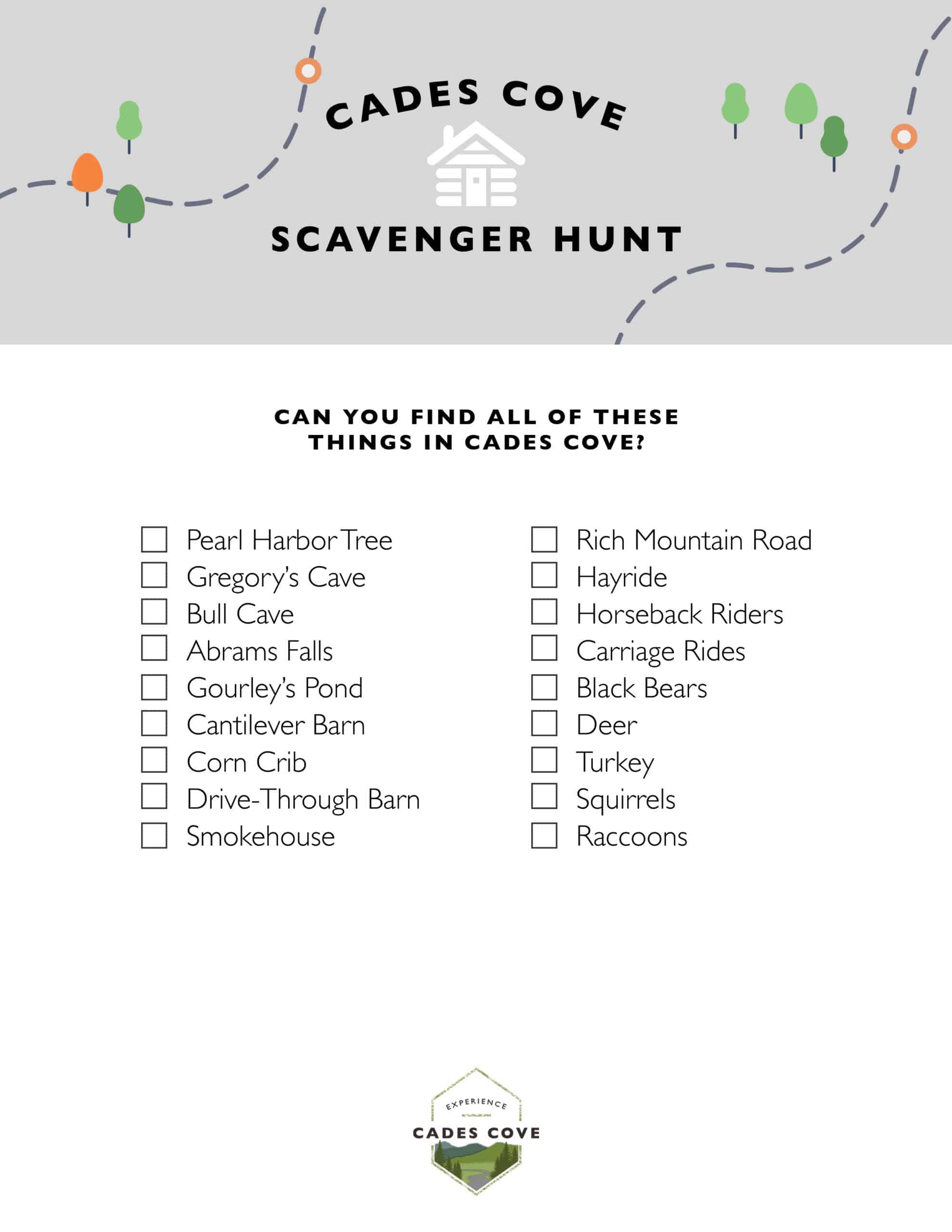 You won’t want to miss out seeing these unique things in Cades Cove. Click here to print our Unique Things Scavenger Hunt List so you can mark them off the next time you’re in Cades Cove!